This is (most of) a character sketch I did for a good friend, visually designing the Dwarven cleric he's currently playing for a Pathfinder campaign. It was specified that the cleric had taken an Orc head as a trophy, that his hammer was emblazoned with the letters "MC", and that that he wore scale mail. Oh, and a long braided beard, which I chose to weaponize. Nothing like having a carved stone spearhead braided into the end of your soup strainer. There was also a request for a personal insignia, which I haven't quite gotten too. These things are tricky, you know, creating random symbols that still have meaning (preferably hidden meaning that can be woven into many inside jokes to come). When I do get around to the design of this symbol, it will be added to the shield and on a banner hung from the battle-standard frame on his shoulder yoke. 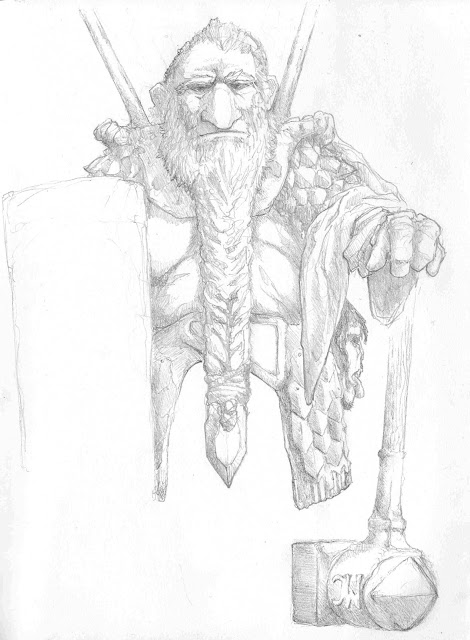