Crossing the Pond: A Cartoonist Abroad

This blog is about to become, heaven forbid, exactly what it was created to be... 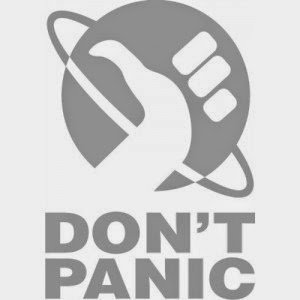 As has been mentioned before, I started this blog anticipating a year-long trip to Scotland that never happened. During the summer of 2012, with my travel plans in limbo, the Aurora theatre shooting in Colorado happened, leading me to write my first post, and after that this blog became...something else. A comics, arts, and culture blog, I suppose. It did, however, retained the sappy, romanticized title given it by an art student fantasizing about watercolour sketching on the highlands. So, there's that.

Now I've come full-circle, and the year abroad is actually happening! I landed in Manchester on Sunday morning, and I've settled into the little northern town of Durham for a year studying medieval English literature and theology at Durham University. It's the perfect place to study, really. Not only is Durham home to a world-class literature program, but the town exudes an oldness, a tangible air of history I have never encountered before. The town is overlooked by two monolithic structures left behind by Norman builders of the 11th century: the famed Durham cathedral and castle, stone towers of rugged and imperious beauty. It's like nowhere I've ever lived before, and it's all kinds of inspiring.

While I may be writing more on here about my travels than I normally would, by no means does that mean comics will be left out of the equation. For starters, I'll still be drawing. Durham University's student newspaper (or at least, one of them), The Palatinate, has hired me on as editorial cartoonist for the year, so as those pieces are finished and published you'll see them appearing on my other blog (the one with all the art) at www.ajkomics.ca. I finished my first cartoon for them Wednesday morning; you should be seeing updates shortly, and I'm pretty damn excited to see what the year holds in store, particularly for the political side of my work.

Also on the calendar are visits to the British Cartoon Archive housed at Canterbury's University of Kent, where I'll be interviewing head librarian Dr. Nicholas Hiley about his role in the archive's digitisation project, and to the Thought Bubble comic art festival in Leeds in November. So, there will be comic news, and reviews, and likely a bit of fangirling over people I meet and things I find. Stay tuned; more from Durham coming your way shortly.